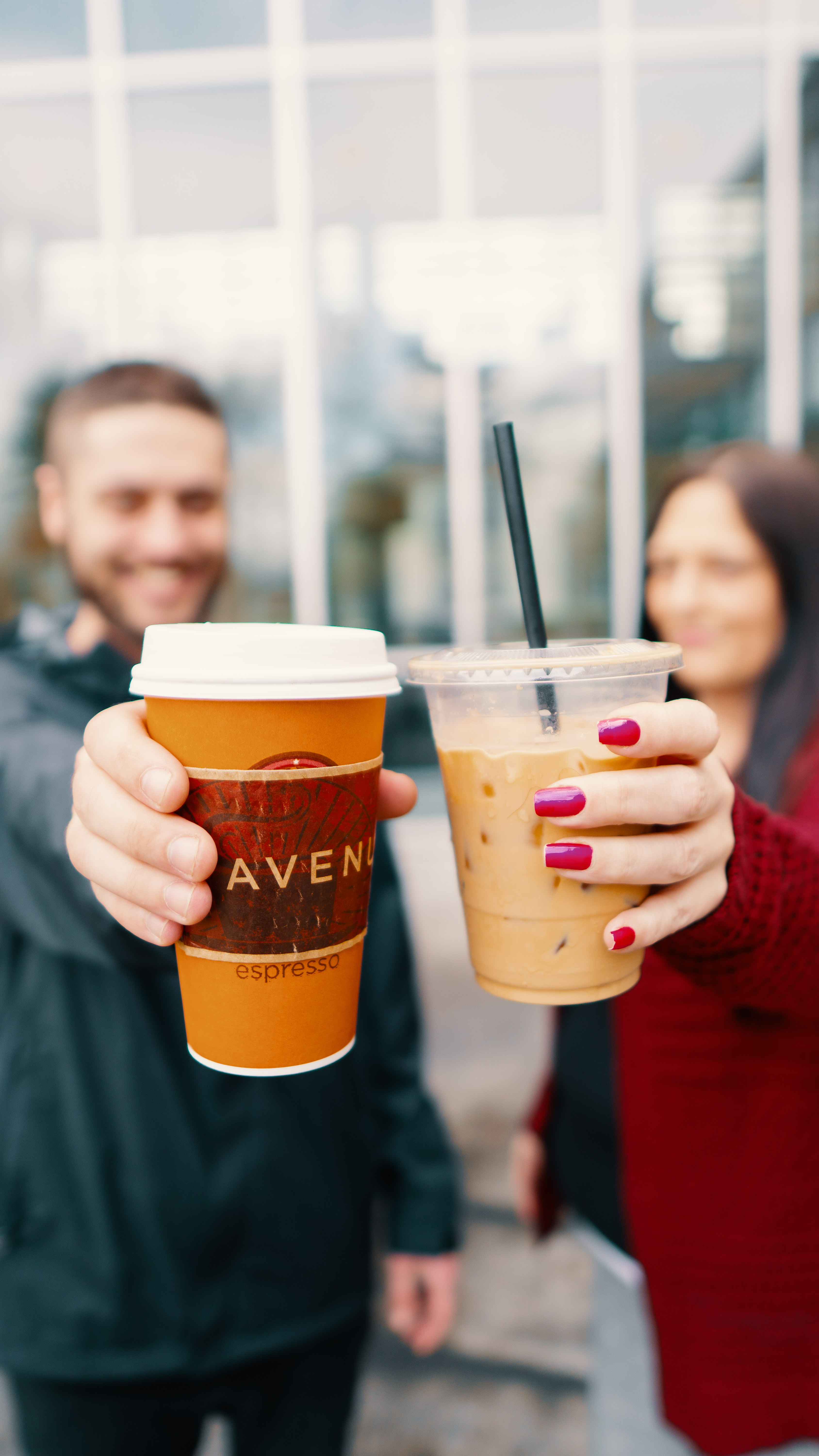 Tonie Russamanno and Coulsen Kohler love coffee – but not just any pot of brew. This mother-son duo often escape the pressures of daily life and set off in search of the perfect espresso. “We’ll drive to a place we haven’t been before, like Longview or Castle Rock, just to try their coffee,” Tonie said. “On the way there, it’s all scenery and lovely. And on the way back, we discuss our challenges and hurdles, and share advice.”

Tonie and Coulsen are one another’s biggest cheerleaders. “Coming from an Italian family, family’s first,” Tonie said. “I was raised that way; lots of hugs, kisses and a big bowl of pasta.”

Their dual support has carried them through hard times as well as good. It’s also what launched their joint educational journey.

After a career in business management for Providence Hospital, Tonie found herself at a professional dead end. Without a degree, “I was stuck,” she said.

Meanwhile, Coulsen was encountering frustrating roadblocks of his own. “It was recurring with every paycheck I got,” he said.

“And every delivery,” Tonie added. “Or having to wash more dishes.”

Although he had experience, Coulsen was passed up for management positions because he lacked a degree. He had completed a year of college through high school Running Start, but hadn’t finished. “You need that degree,” Tonie told him.

It was daunting, but Tonie initially qualified for Worker Retraining funding and signed up to earn her two-year business degree at Centralia College. And Coulsen soon followed. “I knew I wanted to go back, but her wanting to go back is what set it into motion for me,” he said. 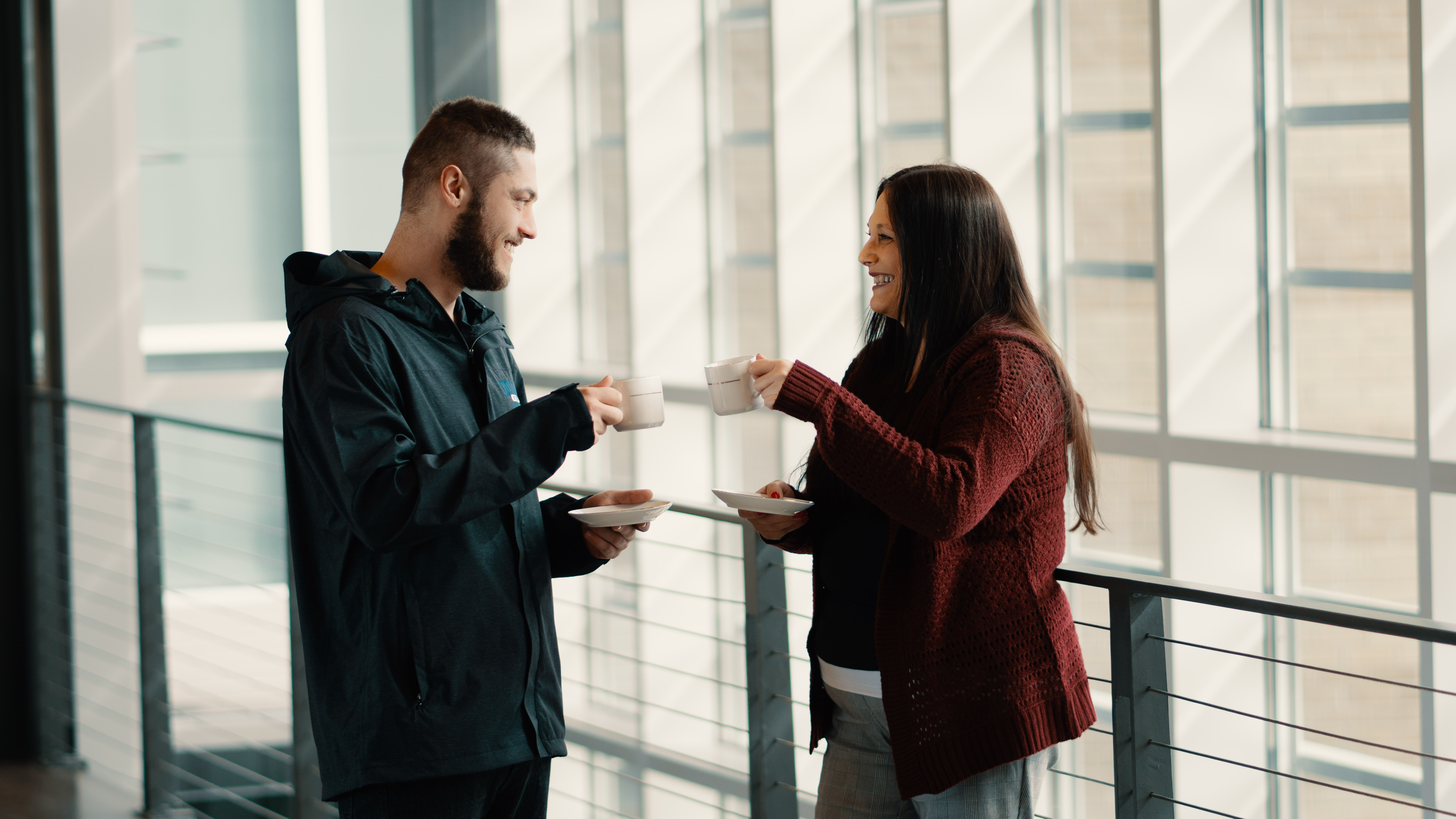 This was just the first step. Tonie knew an associate degree wouldn’t be enough for the future she wanted. She began researching bachelor’s degree programs at nearby schools, but the cost, distance and class hours made them impossible to pair with her full-time job and family life.

Then her school advisor told her about CC’s applied bachelor's degree in Applied Management (BAS-AM). “For me, it was the greatest thing in the whole world that our community has this program for working people,” Tonie said. “It’s achievable and affordable. Most other communities don’t have this – a bachelor’s for a town our size. I’m glad I live here.”

The BAS-AM program was a great fit for both Tonie and Coulsen, who enrolled just one year later. As they’ve always done, the pair continued to support each other in this exciting new endeavor. “He helped me enroll, move through campus, do Canvas and navigate the webcam,” Tonie said. “I wouldn’t have made it through the associate degree program and continued if he wasn’t there to support me. He kept pushing me, saying, ‘If you go, I go; if you quit, I’m quitting.’ I’m supposed to be motivating him, but it was the other way around.”

For Tonie and Coulsen, education is a family affair. They carpool to class, work together during breaks and even have a designated study area set up in their kitchen. And they’re encouraged by their third team member, Tonie’s daughter and Coulsen’s sister, Kassandra. “It’s always been the three of us,” Tonie said. “She takes care of us and the house. We told her, ‘After graduation, we’ll take you on a huge vacation.’”

Kassandra keeps her family motivated as well. “Coming from the outside, she has a lot of good advice,” Tonie said. When they’re feeling daunted by a particular problem, Kassandra shares important perspective with sayings like, “They can’t eat you,” and, “In five years, is this going to matter?”

Tonie will graduate in June and Coulsen is on track to follow in 2020. Both are excited about their new career prospects. Tonie planned on advancing in medical field management, but new doors have opened since starting the program. “Going through the bachelor’s program has opened my eyes to way more opportunities than I ever thought were out there,” she said.

She’s especially attracted to the civilian side of the Washington State Patrol, but noted that the possibilities are endless.

Coulsen is also contemplating medical management or perhaps going into a Forest Service career. But new BAS-AM speakers inspire him on a regular basis, which could lead in an entirely new direction.

“Maybe we should just open a business together,” Coulsen said.

“I need a break first,” Tonie teased with a laugh. “But we do have a couple ideas in mind.”

No matter what the pair chooses, their tenacity, education and familial support will propel them far.

For those just starting on the path to higher education, Tonie and Coulsen recommend forming strong connections with the class cohort early. “It’s been beneficial because of all the perspectives,” Coulsen said. “Older students have a more complete view of things and younger students are more technical - we focus on how you solve it. My mom has me step back and see it’s all about the human connections.”

Working as a team makes tasks more manageable, helps develop individual strengths and lends support. It also teaches good interpersonal skills, which can be challenging. “When you first start, you think there’s no way I’ll ever get along with anyone here,” Tonie said. “Then you end up loving them. You learn together. They give you the foundation and the tolerance. I tell Coulsen, ‘You wobble at first. It takes a while for your cohort to click. Then they become your new family.’ It has been one heck of a journey.”

Tonie’s cohort already has their graduation bash planned. After four years of hard work, it promises to be epic. “We’ll have bouncy houses and games,” Tonie said. “And we’ll have a big barbecue, put up tents and spend the night. We’re all kids at heart.”

When asked what advice they have for others who’ve hit barriers in their own professional advancement, Tonie said, “You don’t want to wait until you’re 52-years-old to make the decision [to get a degree]. That’s something I tell Coulsen – don’t wait until you’re my age. Whether you use it or not, it will benefit you forever. You need an education.”

And for those wondering if it’s time to get a degree, Coulsen said you probably already know. “If you’re thinking of going back, you know deep inside that you need it … It’s going to be scary, but it’s worth it.”

And there’s always a good cup of coffee to get you through. For Tonie and Coulsen, earning their degrees is worth the work, much like finding that perfect espresso.

“If we show up with our coffee,” Tonie said, “we know we can do this.”