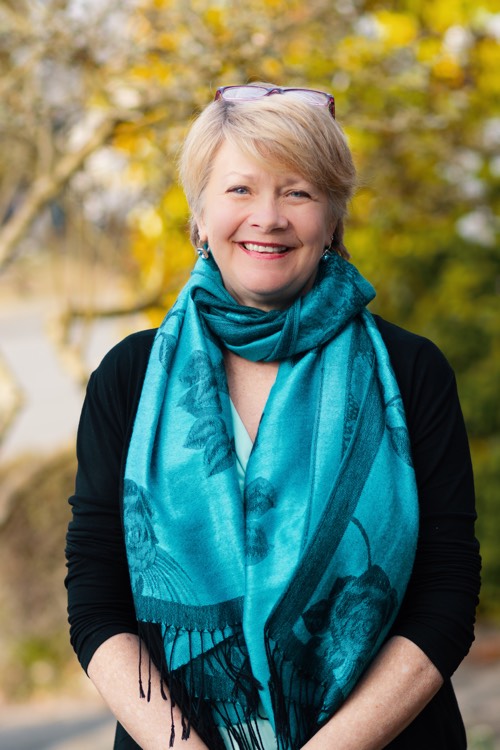 The young man had never performed a solo in this venue but he stood boldly before the captivated audience, singing his heart out.  As the piece ended, the crowd broke into wild applause – startling him with its sheer intensity.

“He was just so surprised and pleased,” remembered Centralia College Choir Director Vicki Jardine-Tobin. “It was really fun; I almost had tears in my eyes. And he’s going to do it again. Step-by-step, people get very brave.”

This is why Jardine-Tobin teaches music. She’s enjoyed these experiences, buried like unexpected gems throughout her long career. “You have moments like this in teaching that keep you going,” she said. “That was so amazing.”

Jardine-Tobin earned her bachelor’s degree at Carthage College, where she encountered Dr. Steven Smith, one of her biggest inspirations. “He really was an amazing teacher,” she said. “His mentor and teacher studied with Bela Bartok – who was a famous educator, musician and composer – so that high level tradition came through our teaching line. He was very interested in individual learning processes and always had three ways to explain something to the group. Music can be very simple and it can also be very complicated, and he taught his students how to make it more understandable to everyone.”

She went on to earn her Master’s in Music from University of Colorado-Boulder. Her husband, John, was an Air Force Officer and soon the couple set out on a whirlwind adventure, moving 16 times in 28 years.

Jardine-Tobin engaged in music everywhere she went. She led a touring German/American choir in Weilerbach, Germany, which raised money to help rebuild damage from WWII. “Brandenburg Cathedral was one of our concert sites for this type of fund-raising,” Jardine-Tobin said. “It was memorable and enriching to help in this way.”

Her youth choir and church choir brought outside music into Eastern Germany just after the Berlin wall fell. “The people were very receptive to choirs coming in,” Jardine-Tobin said. “They loved to see youth perform and adults coming in, not only to raise money for their cathedrals, but to hear new and traditional music alike.”

Jardine-Tobin has also led choral groups and taught private voice and piano lessons in Wisconsin, Illinois, Florida, Colorado, Nevada, Texas, Rhode Island, St. Louis and, of course, Washington. Each locale offered its own flavor. “In Texas, the marching bands are huge but on the East Coast, the orchestras are much more prevalent,” she said. “The West Coast has a myriad of different kinds of music, just as you’ll find more fiddling and country music in the South.  Choral singing weaves in between all those styles. It differs from region to region, but there’s still that core of choral music everywhere.

This diverse experience fine-tuned Jardine-Tobin’s musical and leadership skills. With so many moves, it also made her extremely adept at getting a program up and running in a short period of time. This is exactly what she’s doing at Centralia College. 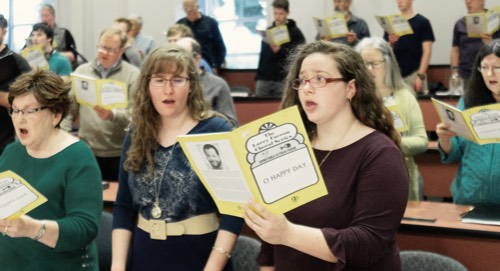 In Jardine-Tobin’s two years as director, she’s expanded the Centralia College choir from approximately 12 participants to 50. She changed the program by switching to night rehearsals on Thursdays at 6:30 p.m., making it easier for working students and community members to join. “Having a strong core of community members involved lends stability to the program so students can easily participate,” she said.

Community members pay only $25 per quarter to participate and Concert Choir fulfills two elective credits for Centralia College students. The experience is fun, full of camaraderie and musical enjoyment – along with a good dose of exciting challenges. “It’s very cool,” Jardine-Tobin said. “It’s about moments of teaching and performance, and awakening people to their own ability to be part of something – sometimes in small ways, sometimes in big ways – but to just be a part of it.”

Each quarter concludes with a large concert that’s free and open to the public. The most recent performance featured Broadway hits. “It was a huge program with solos, old tunes and new tunes,” Jardine-Tobin said. “The music extended from the early 20th century to the early 21st century, ending with The Greatest Showman theme song, “This is Me” by Benj Pasek and Justin Paul. It really turned out very well; everyone was thrilled and excited.”

The group is already preparing for their next performance, which will feature best known sacred choruses and hymns throughout history. Jardine-Tobin invites everyone to participate by either singing or attending the concert on June 6 at 7 p.m. in Corbet Theater.