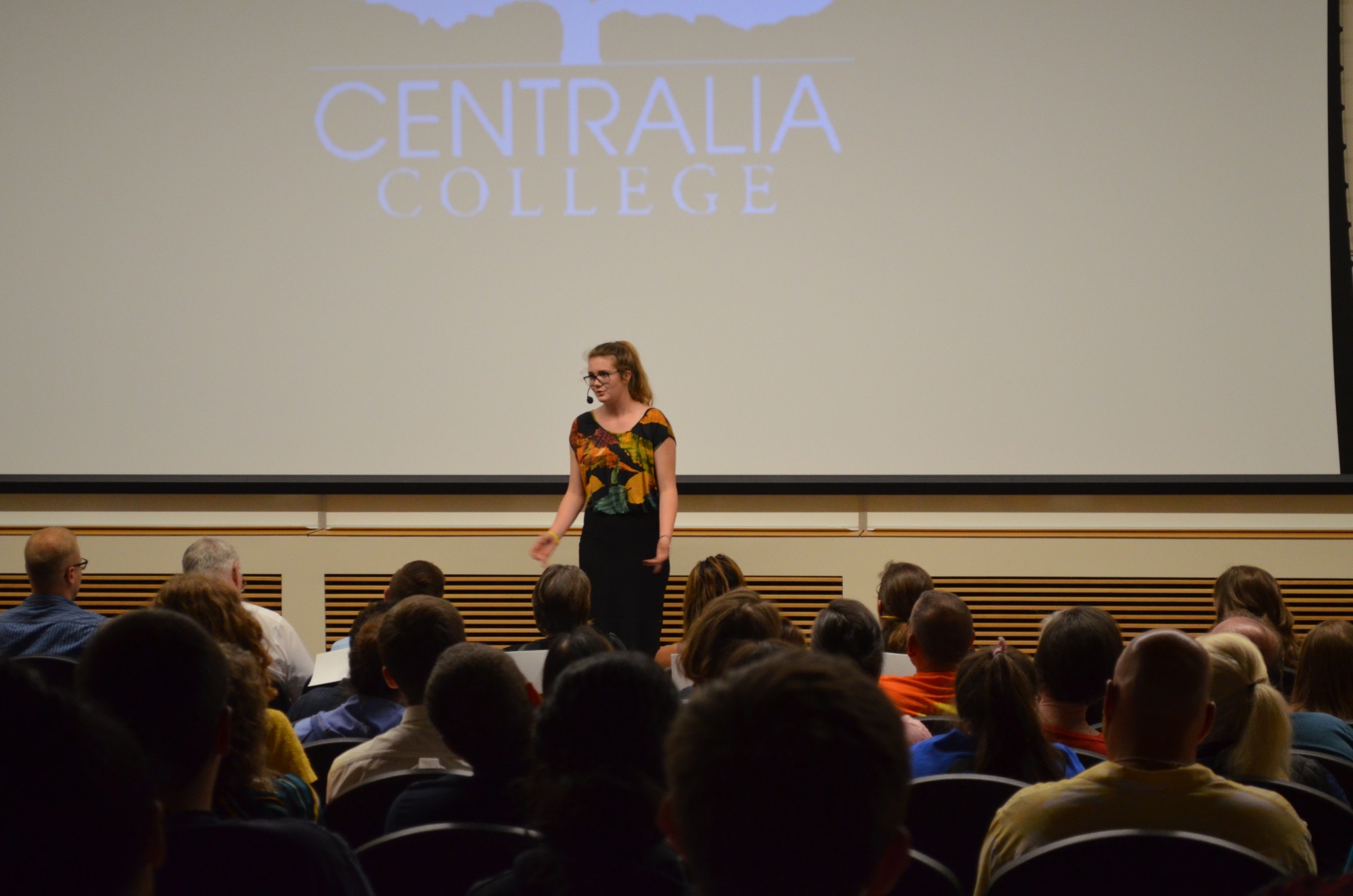 Welcome to the Communication Studies Program at Centralia College.

Bloomberg Media surveyed 1,320 job recruiters at more than 600 companies to find out which skills employers want but can’t find, and communication skills were in the top three (Levy and Rodkin, 2015).

Creative problem-solving and strategic thinking were the other two hard to find skills in college graduates. With this in mind, we believe that a degree in Communication Studies – complemented with some of our business courses - can be your key to success.

Centralia College has a long history of successful Communication Studies students, including several debate teams that were tops in the Northwest, and state champion public speakers. And every summer the college hosts the Statewide Inspirational Speech Championship, where students from all 34 community colleges come here to compete for the state championship.

Here are just a few examples of fun careers for Communication Studies majors:

Celebrities who Majored in Communications

Examine issues of race and gender in the media from both an historical and a current perspective.

Students learn how social media is used in the business world to communicate with employees and external stakeholders, as well as advertising and marketing.

Students will learn to analyze, construct and deliver arguments on controversial topics using supportive evidence to respond to opposing viewpoints.

Apply methods for managing speech anxiety, holding attention and making points in a variety of public speaking situations, including techniques for being credible and ethical. Communication theories and interpersonal skills also studied.

Build upon the skills learned in an introductory public speaking course. Become prepared to present in professional settings and lead effective business meetings as an audience-centered communicator. Prerequisite: CMST& 220 or instructor permission.

Students will explore the dynamics of intercultural communication; how variables such as perceptions, language usage, nonverbal style, gender, class, and values influence face-to-face communication among individuals of different cultures; and strengthen communication skills.

Professor McQuarrie grew up in the small fishing town of Westport, Washington, where he worked as a deckhand until he was old enough to earn his captain’s license. He put himself through WSU by captaining fishing boats in Alaska in the late 1980s. From 1990 through 2003 he was the President and Marketing Director for a world-class sport fishing resort in Alaska, followed by a 7-year stint owning his own video production and filmmaking firm. He made a six-hour documentary film for WSU about the history of the football program.

“I really enjoy helping students discover how much potential they have and then guiding them to reach that potential.”

Professor Fisher grew up in Lakewood. He started his broadcasting career in Aberdeen, then quickly moved on to the Seattle market where he worked at a number of radio stations as an announcer. He was the operations director at an NPR radio station and provided talent work for the PBS affiliate station. He has worked on two feature films and taught at a private broadcasting school. Prior to coming to Centralia College, he taught at Bates Technical College.

Professor Fisher has an AA from Pierce College, where he served as Student Body
President. He earned a BA in Communications from the University of Washington and an MBA with an emphasis in leadership management and training from City University of Seattle.

Professor Majors spent his childhood in the beautiful Columbia River Gorge, where he learned to love swimming, biking, and even cliff jumping. After moving and then graduating from Onalaska, he attended Centralia College, where he earned his A.A. degree. Transferring to obtain his B.S. in Psychology with minors in both Sociology and Communications brought him to the beautiful Palouse and Washington State University. At WSU, he helped plan entertainment for the college and got to book and meet popular musicians and artists. After graduating, he began his career in higher education as a Student Success Specialist for the TRiO programs. Austin then earned his Master’s Degree from Gonzaga University in Communications and Leadership.